This 2019 Washington rodent study from Dr. Michael Skinner’s lab found adverse effects in the grand-offspring and great-grand-offspring following their ancestor’s exposure during pregnancy to the world’s most commonly used herbicide: 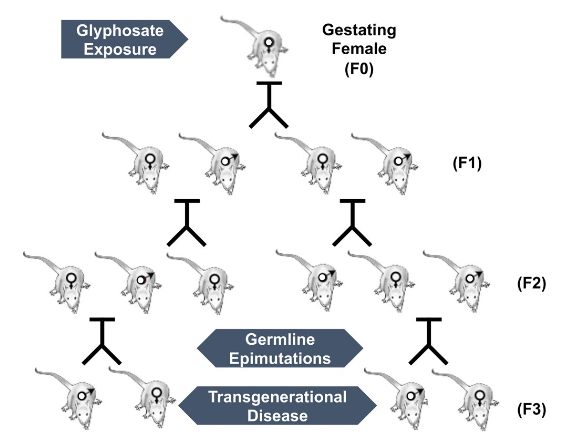 Why isn’t coverage of this study the top story of world news organizations? Is what’s reported more important than reliable evidence of generational consequences to environmental experiences?

“From the late 1930s through the early 1970s, DES was given to nearly two million pregnant women in the US alone.

Fourth [F3] generation effects of prenatal exposures in humans have not been reported.”

Zero studies of probably more than 10,000,000 F3 great-grandchildren of DES-exposed women just here in the US!

There will be abundant human evidence to discover if sponsors and researchers will take their fields seriously.

This 2019 US review covered memory mechanisms:

“With memory encoding reliant on persistent changes in the properties of synapses, a key question is how can memories be maintained from days to months or a lifetime given molecular turnover? It is likely that positive feedback loops are necessary to persistently maintain the strength of synapses that participate in encoding.

These levels are not isolated, but linked by shared components of feedback loops.” 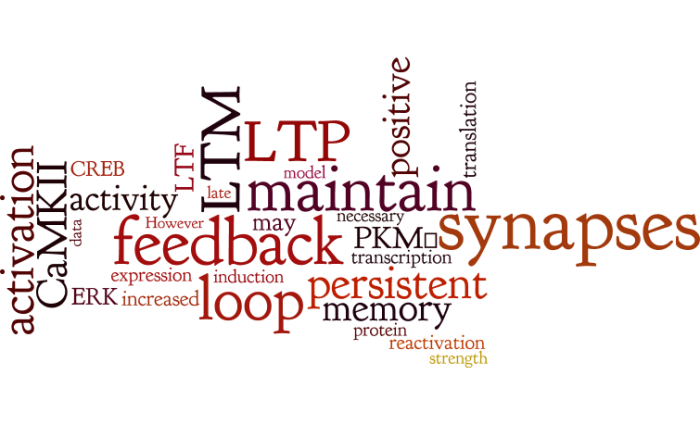 Despite the review’s exhaustive discussion, the reviewers never came to the point. The word cloud I made of the review’s most frequent thirty words had little to do with why memory occurs:

Much of the discussion was baseless because it excluded emotion. Many of the citations’ memory findings relied on emotion, though.

http://learnmem.cshlp.org/content/26/5/133.full “How can memories last for days, years, or a lifetime? Proposed mechanisms for maintaining synaptic potentiation and memory”