Skip to content
HomeEpigenetic causes of sexual orientation and handedness?

“The available evidence suggests, albeit not conclusively, that prenatal testosterone levels may be one cause for the association of sexual orientation with handedness. Associations among women were consistent with predictions of the Geschwind–Galaburda theory (GGT), whereas those among men were consistent with predictions of the callosal hypothesis. However, research on the associations between sexual orientation and handedness appears to be compromised by various methodological and interpretational problems which need to be overcome to arrive at a clearer picture.

The GGT posits that high prenatal testosterone levels cause a delay in the fetal development of the left cerebral hemisphere which results in a right-hemisphere dominance and hence in a tendency for left-handedness. According to the GGT, high prenatal testosterone levels entail not only a masculinization of the female fetus, but also a feminization of the male fetus (contrary to neurohormonal theory). Overall, the male fetus is subjected to higher levels of intrauterine testosterone than the female fetus. The GGT is thus consistent with the higher prevalence of left-handedness among men than among women.

The callosal hypothesis applies to men only and assumes, in line with neurohormonal theory, that low prenatal testosterone levels are associated with later homosexuality. According to the CH, high prenatal testosterone enhances processes of cerebral lateralization through mechanisms of axonal pruning, thereby resulting in stronger left-hemisphere dominance and a smaller corpus callosum. Consistent with this, women have a larger corpus callosum than men.” 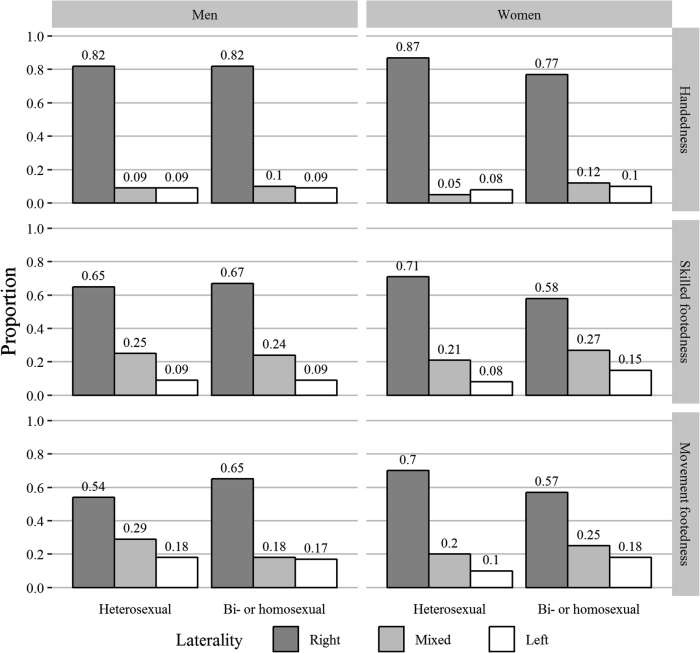 The largest unstated limitation was no fetal measurements. When a fetus’ epigenetic responses and adaptations aren’t considered, not only can the two competing hypotheses not be adequately compared, but causes for the studied phenotypic programming and other later-life effects will also be missed.

https://link.springer.com/article/10.1007/s10508-018-1346-9 “Associations of Bisexuality and Homosexuality with Handedness and Footedness: A Latent Variable Analysis Approach”