“Chronic systemic treatment with carbetocin [unavailable in the US] in PRS [prenatally restraint stressed] rats corrected: 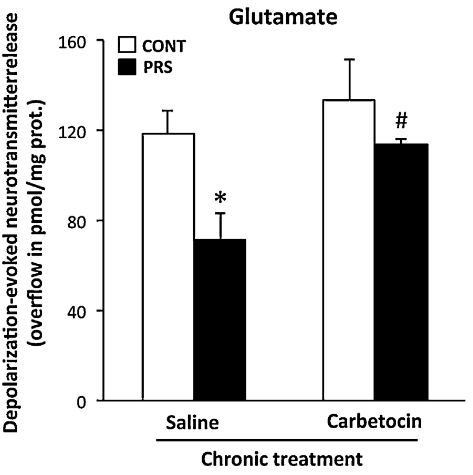 The adult male subjects were:

These rats display anxiety- and depressive-like behaviors and show an excessive glucocorticoid response to acute stress, which is indicative of a dysregulation of the hypothalamus-pituitary-adrenal (HPA) axis caused by an impaired hippocampal glucocorticoid negative feedback.

PRS rats show a selective reduction in glutamate release in the ventral hippocampus.”

The researchers cited several other studies they have performed with the PRS phenotype. In the current study:

“Carbetocin treatment had no effect on these behavioral and neuroendocrine parameters in prenatally unstressed (control) rats, with the exception of a reduced expression of the oxytocin receptor gene in the amygdala.

Carbetocin displayed a robust therapeutic activity in PRS rats, but had no effect in unstressed rats, therefore discriminating between physiological and pathological conditions.”

The PRS phenotype showed the ease with which a child can be epigenetically changed – even before they’re born – to be less capable over their entire life. Just stress the pregnant mother-to-be.