The human subjects of this 2017 Swiss study had previously been intentionally traumatized by Swiss society:

“Swiss former indentured child laborers (Verdingkinder) were removed as children from their families by the authorities due to different reasons (poverty, being born out of wedlock) and were placed to live and work on farms. This was a practice applied until the 1950s and many of the Verdingkinder were subjected to childhood trauma and neglect during the indentured labor. 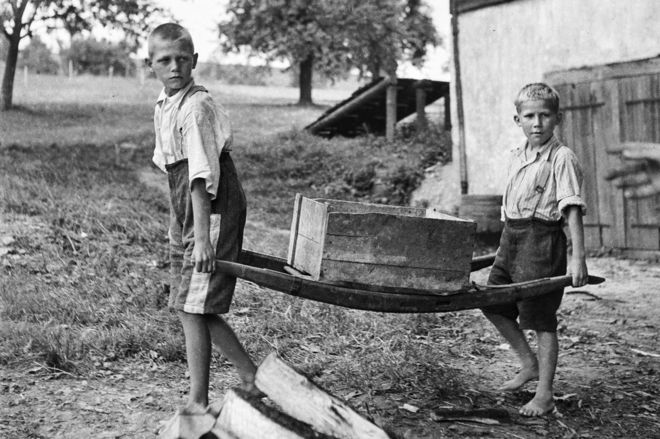 Imagine being taken away from your family during early childhood for no other reason than your parents weren’t married.

Consider just a few of the painful feelings such a child had to deal with then and ever since:

Imagine some of the ways a child had to adapt during their formative years because of this undeserved punishment:

The study described a minute set of measurements of the subjects’ traumatic experiences and their consequential symptoms. The researchers tried to group this tiny sample of the subjects’ symptoms into a new invented category.

Another example was provided in Is IQ an adequate measure of the quality of a young man’s life?:

“During this time period [between 1955 and 1990], because private adoptions were prohibited by Swedish law, children were taken into institutional care by the municipalities shortly after birth and adopted at a median age of 6 mo, with very few children adopted after 12 mo of age.”

Swedish society deemed local institutional care the initial destination for disenfranchised infants, regardless of whether suitable families were willing and able to adopt the infants. What happened to infants who weren’t adopted by age 1?

Did Swedish society really need any further research to know that an adoptive family’s care would be better for a child than living in an institution?

It’s hard to recognize when our own thoughts, feelings, and behavior provide evidence of childhood pain that’s still with us.

Let’s not hope and believe that the societies we live in will resolve adverse effects of childhood trauma its members caused. Other people may guide us, but each of us has to individually get our life back:

“What is the point of life if we cannot feel and love others? Without feeling, life becomes empty and sterile. It, above all, loses its meaning.“

Every society has its horror stories. People who have reached some degree of honesty about their early lives and concomitant empathy for others can document these terrible circumstances and events.

Have traumatic effects on children from societal policies ceased?