Skip to content
HomeCan a prebiotic help you feel better?

“The microbiota-gut-brain axis was used to investigate anti-depressive properties of FOS at the interface of gut microbiota. FOS was introduced via gavage to rats exposed to chronic unpredictable mild stress: 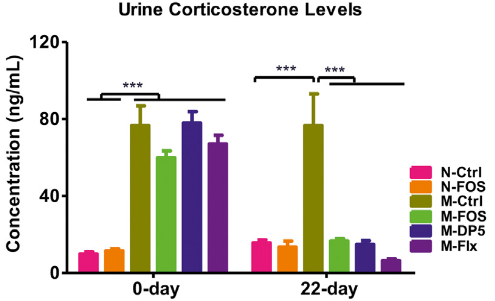 Villi structure was broken for rats in a depression-like state. Mucosal erosion was increased, and the crypt in the small intestinal epithelium was disrupted. Treatment with FOS, DP5 and fluoxetine relieved this damage.

However, a severe side effect was found in the colon of rats that demonstrated apposition to fluoxetine:

Anti-depressant efficacy of FOS was inseparable from and strongly associated with modulation of the host’s gut microbiota.”

These researchers spent a lot of time and effort comparing microbiota categories. The point for people, though, is how we feel.