A follow up to The WHO has a financial incentive to declare COVID-19 a pandemic:

“According to ratings agency DBRS Morningstar, investors who hold the riskier of the two bonds could be losing their entire principal amount soon, with the firm saying that the price should have dropped more than 80%.

When all those conditions are fulfilled, it triggers a payout to selected countries in need of help to contain the outbreak, and investors lose some or all of their money. That date works out to be Mar. 24, going by the 12-week period, and the start date of the outbreak – Dec. 31, according to the WHO, said DBRS Morningstar.

The World Bank did not respond to CNBC’s request for comment.” 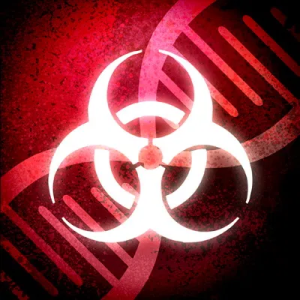 Regarding WHO terminology, from The Cyclical Nature of Disease:

“The World Health Organization (WHO) made the announcement on Wednesday, March 11, 2020, that the Coronavirus is a “pandemic” which is actually not as bad as an Epidemic which is a term that describes any problem that has grown out of control. An epidemic is therefore defined as “an outbreak of a disease that occurs over a wide geographic area and affects an exceptionally high proportion of the population.”

In contrast, the term pandemic relates to geographic spread and is used to describe a disease that affects a whole country or the entire world. This has nothing to do with the proportion of the population that is infected.”

Regarding WHO timing, last week The Guardian reported:

“The first case of someone suffering from Covid-19 can be traced back to 17 November, according to media reports on unpublished Chinese government data.

The report, in the South China Morning Post, said Chinese authorities had identified at least 266 people who contracted the virus last year and who came under medical surveillance, and the earliest case was 17 November – weeks before authorities announced the emergence of the new virus.

The Chinese government was widely criticised over attempts to cover up the outbreak in the early weeks, including crackdowns on doctors who tried to warn colleagues about a new Sars-like virus which was emerging in the city of Wuhan in Hubei province.

The data obtained by the Post, which the Guardian has not been able to verify, said a 55-year-old from Hubei province could have been the first person to contract Covid-19. For about one month after that date there were one to five new cases reported each day, the report said, and by 20 December there were 60 confirmed cases.

Official statements by the Chinese government to the World Health Organisation reported that the first confirmed case had been diagnosed on 8 December.”

Looking past the headlines, we have time to ask cui bono questions while we’re sitting at home: