Epigenomic changes are not the only possible marks contributing to epigenetic memory. Every inducible change that is not rapidly reversed has the potential to maintain a lasting effect.

Most studies in this field have been performed in vitro with fully terminally differentiated cells such as epithelial cells. Since in such cell types cell fate is already established and a short lifespan often occurs in vivo, this raises the question of whether such memory would be relevant for these cells. The same can be applied to differentiated innate immune cells, which also have a short lifetime.

Looking at the response of undifferentiated cells such as stem cells appears much more appropriate to further explore the concept of innate immune memory. 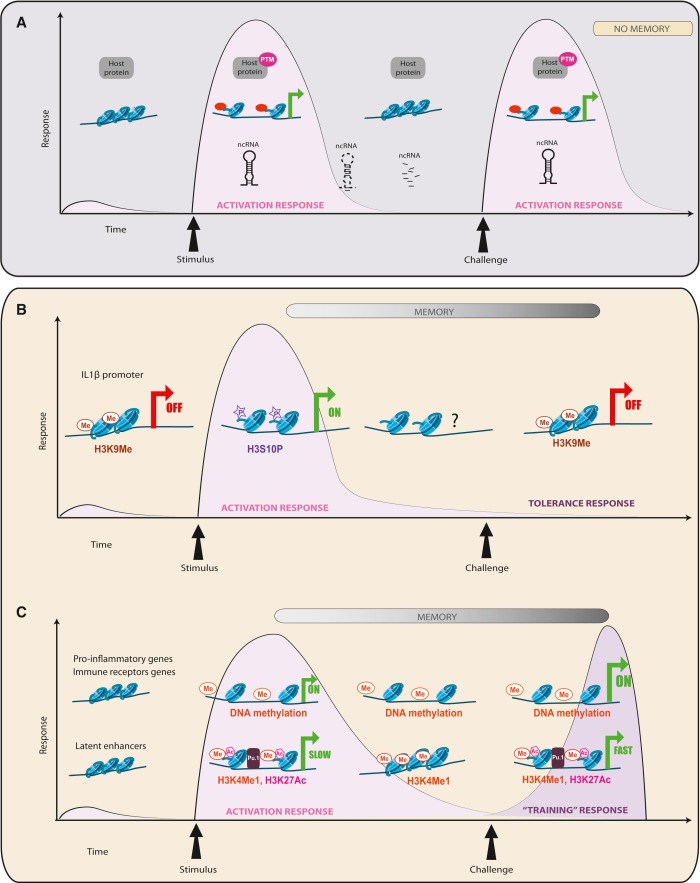 The lasting potential of chromatin marks depends not only on the kinetics of the epigenome, but also on the stimulus itself. For example, in contrast to LPS [lipopolysaccharide, the major constituent of the cell wall of Gram-negative bacteria], which is rapidly cleared from the organism, BCG and the anthrax toxin may persist in the host organism.

The lasting epigenomic effect would not be due to memory, but continuous stimulation by persistent pathogens or persistent components.”

The last point emphasized the principle that damaging sources should be addressed. Enduring epigenetic effects may be symptoms rather than causes when toxic conditions persist.

Therapies that attempt to reverse epigenetic changes may not be effective when these changes aren’t the only factors.