Skip to content
HomeDevelopmental disorders and the epigenetic clock

This leads to a phenotype which can include:

Many of these characteristics could be interpreted as aging-like, identifying Sotos syndrome as a potential human model of accelerated physiological aging.

This research will shed some light on the different processes that erode the human epigenetic landscape during aging and provide a new hypothesis about the mechanisms behind the epigenetic aging clock.” 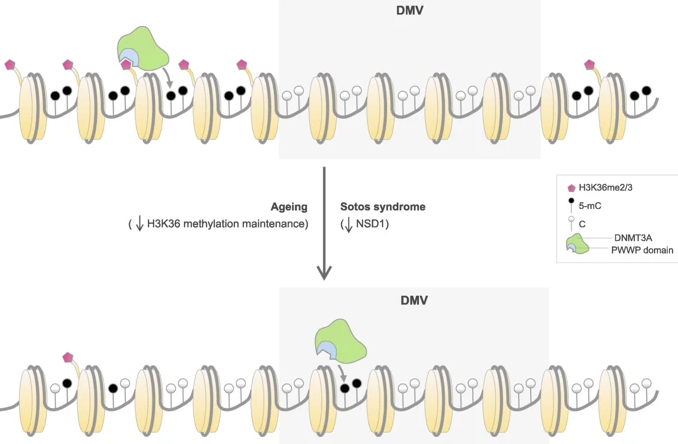 “Proposed model that highlights the role of H3K36 methylation maintenance on epigenetic aging:

https://genomebiology.biomedcentral.com/articles/10.1186/s13059-019-1753-9 “Screening for genes that accelerate the epigenetic aging clock in humans reveals a role for the H3K36 methyltransferase NSD1”